David Joselit’s book takes up the current condition of an accelerated and uncontrollably proliferating circulation of images, and specifically the implications of this condition for the practice and theory of art. Freed by technical forms of reproduction from being tethered to a specific medium, images of various provenances can no longer be reliably mapped into the categorial and institutional space of “Art” or, mutatis mutandis, excluded from aesthetic consideration, as being definitively “not-Art.”

In Joselit’s account, we should rather think of images—whether originating in the artworld or outside it—as something akin to monetary “currencies,” which can take mutable material and immaterial or informational forms depending on their context and function, and which foster transactions between human agents across various degrees of geographical, institutional, and cultural spaces. “Our first task in assessing what kind of currency art might be, or become,” then, he writes, “is to understand the dynamics of its circulation since by definition currencies are constituted through exchange” (3). 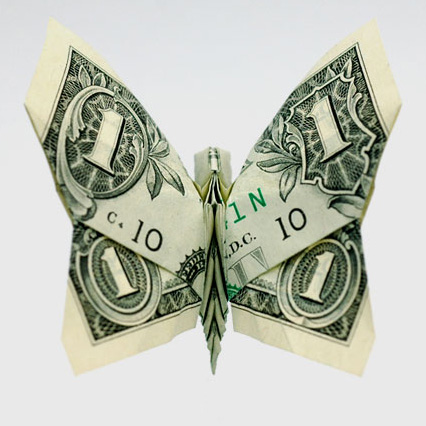 Joselit identifies two current views of these dynamics, the “fundamentalist” and the “neoliberal.” The former ties the images of art and architecture to a specific space, site, or creative individual–

–while the latter conceives of their status as a token indifferently engulfed by the all-inclusive circulation of goods and services through global markets. It is easy to recognize behind this pairing an underlying political argument that suggests that these are mutually reinforcing positions, with the fundamentalist view of the art-image as a reactive backlash against the nihilistic leveling of the art-image to the status of any other commodity among commodities, its whole value being equated to the price tag it garners in the gallery, at auction, or as a tax-deductible donation to a non-profit cultural institution.

Joselit, as one might expect, seeks a third way between these two antipodes: he embraces the conceptual metaphor of “currency” with a twist, without the implication of reducing art to money. How, then, might the art-image partake in, and even contribute further to the acceleration and rationalization of exchange, without simply becoming a quasi-monetary asset and token of essentially financial transactions?

Joselit’s main response focuses on the effective power of images, which shifts the value proposition for art from a unitary valuation in commodity-terms (or its unitary resistance to monetization, as in the fundamentalist position) to a diverse bundle of force-potentials to produce effects and affects. Joselit’s argument is at root Nietzschean, though mediated through more recent and intellectually fashionable French avatars such as Gilles Deleuze and Michel Foucault. He puts at the center of the value-economy of circulating images their ability to serve as vehicles of power within networks and on multiple planes, to affect the bodies and emotions of the various recipients and consumers of them, and to produce effects and connections across a variety of contexts on a massive and distributed scale, inscribing themselves over and over across the body of the earth.

Indeed, their function as connective links seems, in Joselit’s account, to be the most important value-mechanism—notably, an “extramoral” form of value, since as Nietzsche famously explicated in The Genealogy of Morals, cruel and violent connections, direct forms of domination and indenture, are also value-producing (even if Joselit himself predictably celebrates mostly socially critical and progressive examples of connection through images). “I wish to look at connection as itself an affirmative object of study,” he writes. “This is what I mean by asserting that there can be a currency of exchange that is not cash, but a non-monetized form of transaction: translation between, for instance, different systems of value, or different cultures” (61). With his argument for images as a currency of human transaction, Joselit refreshes here a long-standing argument for the de-reification of art (indebted to both Georg Lukács and Herbert Marcuse in earlier art-critical epochs), in favor of an idea of art as an open ensemble of transactional processes of connection, with images serving as the connective tissue.

We should, however, sound a cautionary note that de-reification and the theater of process  are always accompanied by their double: Kafka’s “Harrow” (“In the Penal Colony”), a torture-machine for writing the law into the flesh of prisoners, is also a de-reification and a demonetized transaction, in which the value of justice shines, like a radiant flash of gold, from the dying prisoners eyes: “How we all took in the expression of transfiguration on the martyred face! How we held our cheeks in the glow of this justice, finally attained and already passing away!“

An intriguing historical point of reference for Joselit’s argument for connection-as-value, interesting above all because it is generally treated in contemporary art criticism as discreditable, is the historical employment of art for the ends of cultural diplomacy—or the subtle anti-communist propaganda—of the United States Information Agency during the Cold War.

Even if, however, this specific instance is disreputable, cultural diplomacy provides Joselit with an important example in which the images of art were made to circulate as tokens of value that were not neo-liberal and monetary but value-laden, ideological and ethico-political, and not only, as the case of abstract expressionist works that traveled abroad shows, because of their explicit “message,” but also and above all because they embodied and aesthetically communicated those value-connotations of freedom, individuality, tolerance, expressivity, and creativity that communist society was said to have suppressed and driven into the shadows. Accordingly, Joselit offers a “modest proposal” to museums that hold vast numbers of artworks, only to keep them in storerooms and vaults, like monetary treasure withdrawn from circulation and even directly serving as collateral in the complex asset portfolios—including collections, real estate, endowment investments, and interlocking relations with corporate and individual donors who have built vast fortunes through finance and other asset management: “We could take image diplomacy seriously and attempt to imagine how art can function as a currency without falling into monetization. This would involve making cultural politics a serious dimension of foreign policy” (21).

Joselit extends this basic argument by proposing an alternative to the beaux-art and modernist notions of medium (preserved even when the artist or critic articulates a rejection of “medium specificity,” as with the conceptual art of the 60s and 70s, or takes up a “post-medium condition” as the starting point of critical or creative work): the concept of format. 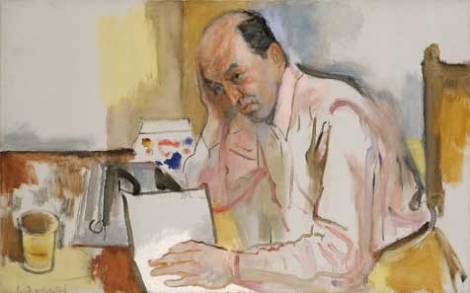 are dynamic mechanisms for aggregating content… [F]ormats are nodal connections and differential fields; they channel an unpredictable array of ephemeral currents and charges. They are configurations of force rather than discrete objects. In short, formats establish a pattern of links or connections. (55)

His focus on format, in turn, brings in its train a refocusing of artistic image-creation from the production of new objects to new modes of formatting, of aggregating contents in circulation: “what now matters most is not the production of new content but its retrieval in intelligible patterns through acts of reframing, capturing, reiterating, and documenting” (55-56).

He relates this refocusing on format, retrieval, and redeployment of images to the condition of image saturation in the contemporary world and the corollary breakdown of “Art” as a privileged means of disposing over the cosmos of images:

Under the conditions of ubiquitous images saturation, modern art’s purpose as a vanguard for the promotion of and research into how images constitute secular knowledge—and particularly self-knowledge or the anthropological knowledge of others—lost its urgency since everyone who inhabits contemporary visual culture assumes the complex communicative capacity of images to be self-evident. (88)

Under these conditions, art must be seen as a modal difference within the continuum of image circulation, not a fundamental distinction of objects, approaches, or effectiveness—as a view of art, for instance, defined by its privileged relation to certain media, or to a certain special class of “aesthetic” experiences, or to an intrinsic resistance to commodity-status and an inextirpable relation to the residues of the sacred in the modern world, would imply. “Art,” Joselit writes, “now exists as a fold, or disruption, or event within a population of images—what I have defined as a format” (89).

Joselit emphasizes that this condition of “art after Art” is not the “end of art,” a break from it in favor of other spiritual forms, as Hegel would have it, but a modulation—a new modality—of art within the cosmos of images and their embodied values. “After posits continuity and reverberation, rather than rupture,” he writes. “What results after the ‘era of art’ is a new kind of power that art assembles through its heterogeneous formats” (91). He ends on a note of aspiration rather than abandonment, projecting an ongoing critical task of tarrying with art beyond its loss of potency as a culturally privileged form of image-circulation. “One need not exit the art world or denigrate its capacities,” he concludes, “Instead, we must recognize and exploit its potential power in newly creative and progressive ways. Our real work begins after art, in the networks it formats” (96).